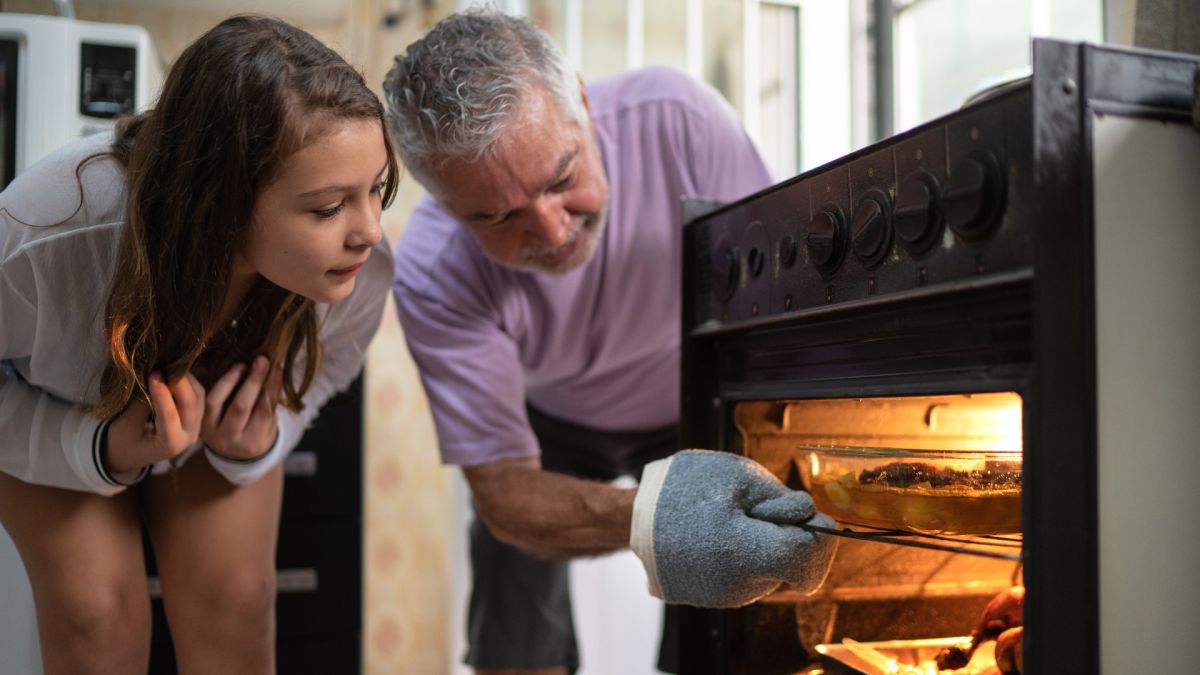 You might love charred, broiled sirloin; crisp, oven-roasted veggies; or flaky, baked salmon, all of which generally require an oven. But when you are in a hurry or famished, you may turn to a faster cooking method, the hallmark of culinary convenience: the microwave.

The microwave has made it possible to nourish ourselves with cooked food in a matter of seconds. But how, exactly, does it work so much quicker than an oven?

It turns out that these two kitchen standbys work using completely different heating methods, a food scientist told Live Science. Let’s look at how they differ.

The oven relies on conduction, in which coils directly heat the air in the oven. The heat in the air is transferred to your food until it reaches the same temperature — a delicious but slow process.

Related: Is it safe to stand in front of microwave ovens?

The microwave, on the other hand, sends a type of electromagnetic radiation called microwaves through the cooking chamber. Instead of heating the air in the microwave, these waves bounce off the metal interior of the device and come into direct contact with particles in the food. How fast the food heats up is based on its dielectric properties, the charges on a given molecule that determine how it will behave under electromagnetic frequencies, said Aswathi Soni, a food scientist at New Zealand-based research institute AgResearch.

Water molecules are most sensitive to the electromagnetic waves because they contain a dipole, a distinct positive end and negative end. When exposed to microwaves, water molecules become agitated and begin to vibrate, resulting in heat energy that cooks the rest of the food, according to the U.S. Food and Drug Administration.

The most common frequency used in microwaves — 2.45 gigahertz  — can also be absorbed by fat, sugar and salt to some degree. But water is the primary driver. “Water-free solids barely absorb microwaves,” Louis Bloomfield, a professor of physics at the University of Virginia, told Insider.

Another difference between ovens and microwaves is that “an oven heats uniformly,” Soni said. The entire oven is the same temperature, and that heat is uniformly transferred to the entire dish or piece of food that’s cooking. Electromagnetic waves reflecting around inside the microwave eventually collide with food, but not uniformly. This creates hot spots and cold spots. That’s where the turntable — a feature seen in many microwave ovens — comes in, “to add some agitation,” Soni said. It’s an attempt to make the microwaves more evenly distributed across the food.

Even with the turntable, microwaves still cook food unevenly — think microwaved lasagna with fully cooked edges and a frozen-solid center. This happens because electromagnetic waves rapidly agitate and heat up the outside of the microwaved food, but the waves penetrate the food only about half an inch (roughly a centimeter), Fine Cooking reported. And the short cooking time often isn’t enough to transfer the heat from agitated particles into the center of the food.

Stopping to stir microwaved food can help redistribute the center cold spot to the outside, where it can absorb more radiation. Stirring will also relocate cooked molecules to the center of the food to shelter them from overcooking.

“If you ask a food scientist, cooking is only complete when the center is fully cooked,” Soni said. Because this isn’t a strong suit of microwaves, they are best for foods that have already been cooked all the way through, she said. The uniform heating of the regular oven is more reliable at eliminating pathogens from things such as raw meat. “The stove and oven are  the safest options when something isn’t precooked,” Soni said.