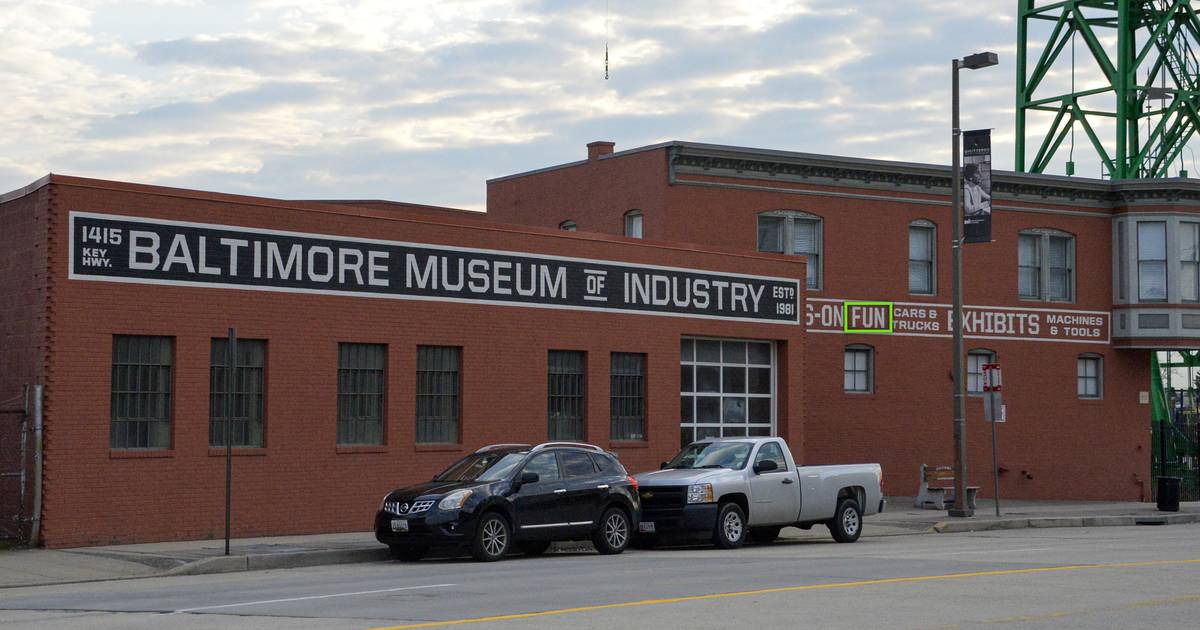 When school groups visit the Baltimore Museum of Industry and tour a 1940s grocery store replica, they can’t fathom that people shopped for their meal ingredients daily at a compact shop around a city corner.

“Kids really love this gallery,” said Claire Mullins, a marketing director at the museum. “They can’t imagine a time when parents shopped on a daily basis. They are used to getting a month of groceries from Costco.”

The neighborhood grocery store that the museum reproduced is a charmer. Visitors enter the space through a wooden screen door embellished by a Schmidt’s bread enameled sign. The floor is white and black tile. The walls carry an inventory of canned goods and local products made a handful of miles away from the merchant’s counter.

It’s hard to imagine that Baltimore’s industries once produced so much of what went on Maryland dinner tables. Baltimore, of course, also brewed beer and distilled whiskey.

The museum shows examples of cookie tins from Silber’s Bakery and cans of Gibbs, Lord Mott and Maryland Chief vegetables from the era when canneries along Boston Street in Canton hummed as the summer tomato harvest arrived.

In those days of little government regulation, the discarded tomato parts were casually discharged into the harbor, which occasionally flowed red.

Workers at the big Crosse & Blackwell plant on Eastern Avenue turned out everything from cream of celery soup to cans of brown bread and mango chutney.

Baltimore had the sweet tooth covered too. We had candy factories such as Maron (there’s a vintage candy box that once contained its delicious almond paste) and a photo of the old VonEiff-Drayer candy dipping factory on Harford Avenue in the Berea neighborhood.

Not every food processor has gone the way of the Esskay meat brand, which survives but is no longer produced in Baltimore.

McCormick once made an insect spray. And drivers along Washington Boulevard at Elkridge often noted a local landmark, the One-Spot flea killer sign at its plant.

The museum’s staff recently turned their attention to Baltimore’s role in the meatpacking industry. Until the 1950s, Baltimore was in the top 10 U.S. cities for meat production.

City neighborhood names reflect this heritage. We call it Pigtown, in Southwest Baltimore, because the livestock was run through the streets to local slaughterhouses. East Baltimore’s Butchers Hill was home to prosperous meat purveyors.

And the city is not out of that business either, as witnessed by the occasional steer that breaks away and runs around the streets of Baltimore, much to the delight of photographers and curious onlookers.

Be informed of breaking news as it happens and notified about other don’t-miss content with our free news alerts.

The museum shows how the plant flourished along Pennsylvania Avenue in the middle 1920s. The spiffy trucks transported livestock and delivered products. The trucks were lettered in both English and Hebrew because Kosher meat was an important part of the business.

“Both of these items were plentiful and cheaper than chicken,” Bill Ruppersberger said. “There were many small family dairy farms that produced calves as part of the milk production process that were not going to be raised for beef.

“These calves came to market in large numbers making veal plentiful. My father told me his mother used to make mock chicken salad with veal because of the cheaper cost of the veal,” he explained.

Parks served in the Baltimore City Council. In 1969, his business became the pioneering Black commercial enterprise to go public and be publicly traded.

And who could forget its catchy radio commercial? Press a button at the museum and you’ll hear this 1954 jingle, “More Parks sausages, mom — please.”