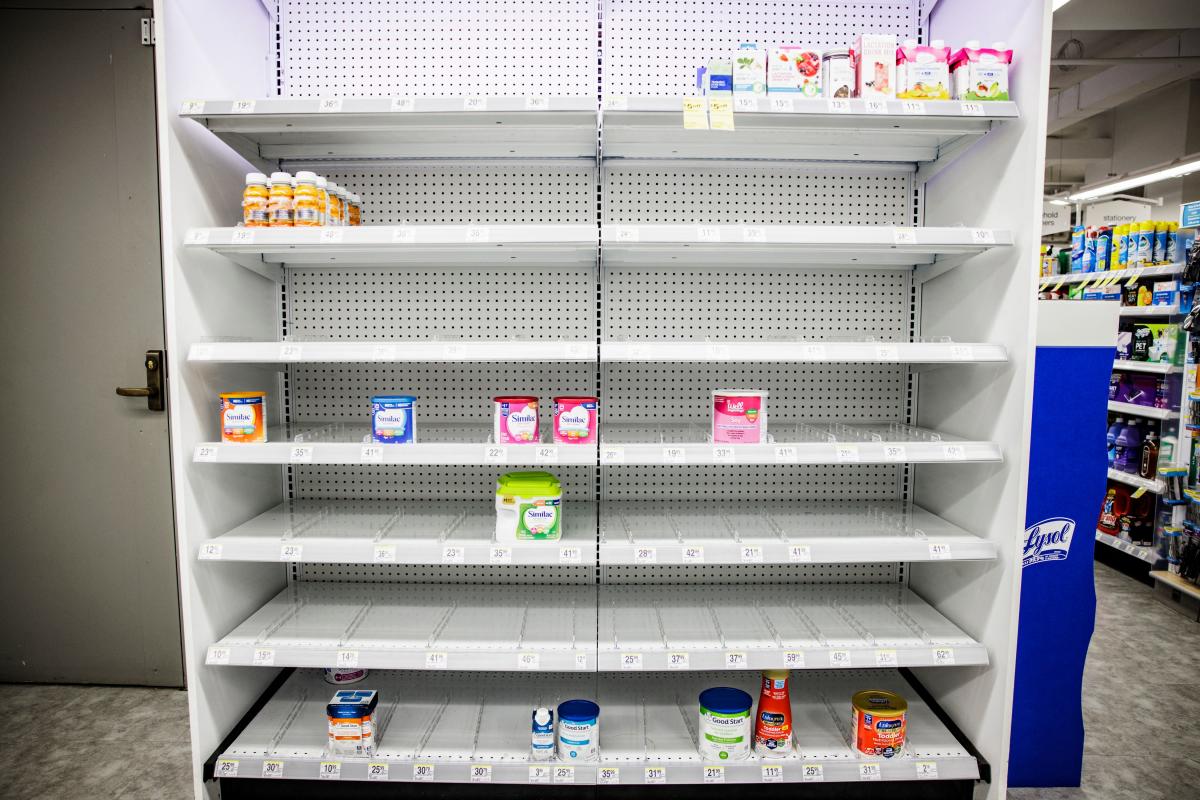 The baby formula shortage is set for a key moment in the political spotlight.

At a congressional hearing set for 11 a.m. ET on Wednesday, lawmakers are expected to grill individuals from both the public and private sector on the formula crisis. The hearing comes after a flurry of actions from the Biden administration and Congress but with many store shelves still bare around the country.

Both the U.S. Food and Drug Administration and formula makers including Abbott Nutrition (ABT) will likely face tough questions about why parents in the U.S. are struggling to feed their babies. The shortage began after Abbott revealed in February that it was recalling three types of formula that were being manufactured at a crucial plant in Michigan.

“I am focusing more on the FDA because I believe that parents need answers,” U.S. Rep. Cathy McMorris Rodgers (R-WA), said in an interview.

McMorris Rodgers, the lead Republican set to ask questions Wednesday, added that she has a lot to ask Abbott, as well.

In a statement, the leading Democrats on the committee added that “it is unconscionable that families are struggling to find safe and affordable infant formula,” and that the hearing would help lawmakers “as we work together to ensure this never occurs again.”

FDA Commissioner Robert M. Califf and two of his deputies will face lawmakers first. Last month, reports emerged that a whistleblower notified the FDA in October of concerns about Abbott’s plant in Sturgis, Michigan — long before Abbott issued its voluntary recall and after bacterial infections linked to the formula sickened at least four babies.

“The FDA has a lot of explaining to do,” McMorris Rodgers said.

Abbott recently announced that it had entered into a consent decree with the FDA to allow its Sturgis plant to resume production as soon as next week. The company says that by the time the site is restarted, it will take another six to eight weeks before new formula is available on shelves.

“We have to have confidence in the supply’

After Califf gets off the hot seat, the hearing will then shift to business leaders with senior officials from Abbott (ABT), Gerber (NSRGY), and Reckitt (RBGLY), the parent company of Mead Johnson, set to testify.

“We all agree that we have to have confidence in the supply and Abbott has some work to do to rebuild trust,” says McMorris Rodgers.

During a Yahoo Finance appearance last week, Rep. Rosa DeLauro (D-CT) said the FDA should take some blame but that “Abbott Nutrition has really been a bad actor.” She contends the manufacturer knowingly put out a contaminated product.

“We should not be in the position where there are only four domestic producers of infant formula,” DeLauro added. “There needs to be competition.”

In a Washington Post op-ed, the CEO of Abbott, Robert Ford, wrote to Americans to say “we’re sorry to every family we’ve let down.” The company says it’s committed to expanding both in the areas of capacity and redundancy to ensure a shortage doesn’t happen again, he added.

Measures to help in the immediate crisis

Biden has invoked the Defense Production Act — which allows the president to force private companies to manufacture goods — to help Abbott and Reckitt get more of the ingredients they need.

Congress also recently advanced two bills to address the shortage. The first measure had broad bipartisan support and allows poorer Americans more flexibility on brands when buying formula through the Special Supplemental Nutrition Program for Women, Infants, and Children, known as WIC. Biden signed that bill over the weekend.

A second measure would provide $28 million to the FDA largely to help the agency beef up its inspection staff. That bill faced Republican resistance and is currently stalled in the Senate.

McMorris Rodgers is part of a group of Republican lawmakers who have introduced their own bill that would instead require more oversight of the FDA and reduce the barriers for new types of formula to enter the marketplace. The bill would also allow the FDA to temporarily waive labeling requirements for imported formulas from countries with similar safety standards.

She says her bill is a key step “that would really help in the immediate crisis.” She added, “I don’t believe that we should have to wait for the government to fly it over here and figure out the distribution process.”

Ben Werschkul is a writer and producer for Yahoo Finance in Washington, DC.

Read the latest financial and business news from Yahoo Finance