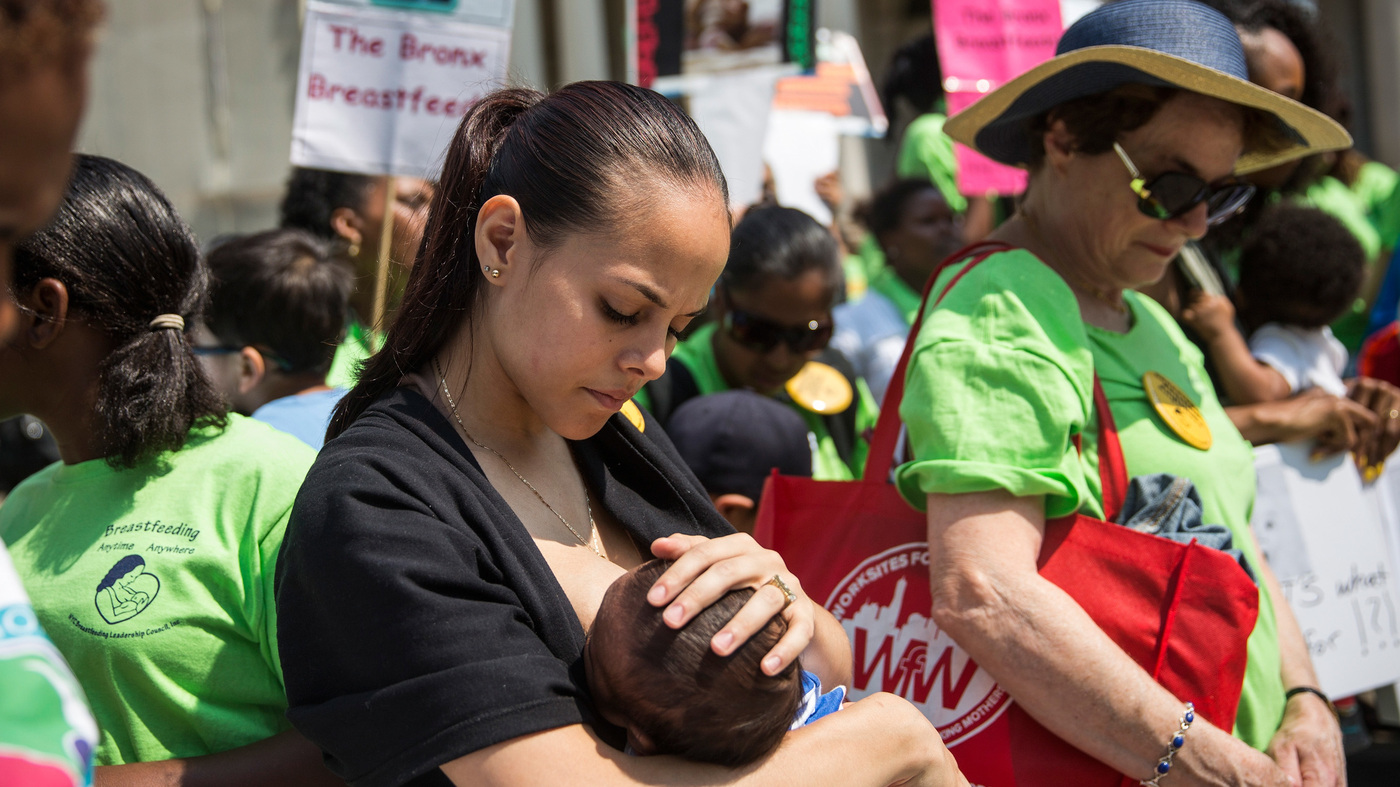 The baby-formula shortage has led some to question why the U.S. doesn’t provide more support for breastfeeding. Here, a woman breastfeeds her son outside New York City Hall during a 2014 rally to support breastfeeding in public.

The baby-formula shortage has led some to question why the U.S. doesn’t provide more support for breastfeeding. Here, a woman breastfeeds her son outside New York City Hall during a 2014 rally to support breastfeeding in public.

Parents are scrambling to find baby formula. Factories are working around the clock to make more. And military cargo planes are airlifting formula from overseas.

Often overlooked, though, in the race to fill the gap left when a big formula factory closed due to suspected contamination is the most natural alternative: mother’s milk.

“If we did more to support breastfeeding, we wouldn’t be in this mess,” says Dr. Melissa Bartick, an assistant professor at Harvard Medical School.

The American Academy of Pediatrics recommends that most babies be fed exclusively with breast milk for the first six months. But in 2018, only about one in four babies born in the U.S. met that target.

There are a variety of reasons families turn to supplemental formula or stop nursing altogether. But Bartick says aggressive marketing by formula makers is partly to blame.

“The formula makers would just give tons and tons of free formula to the hospital to try to sell their brand and have the hospitals send the mothers home with gift bags full of formula, so if they run into any problem at home they just pop in a ready-to-feed bottle in the baby, and that starts the mother becoming dependent on formula,” Bartick says.

Some hospitals now restrict formula giveaways in an effort to encourage breastfeeding. But the $55 billion formula industry finds creative workarounds, in the U.S. and abroad.

“Frankly, they have way, way more money than us,” says Bartick, who has held leadership posts in the American Public Health Association and the U.S. Breastfeeding Committee. “And we can’t fight that.”

Bartick began researching and promoting the health benefits of breastfeeding after she gave birth and ran into roadblocks at the hospital while trying to nurse her child more than two decades ago.

“I thought it would be sort of a maternity leave project, but here I am, 23 years later, still working on it,” she says with a rueful laugh.

Half the formula sold in the U.S. is paid for by the federal government to support low-income families though the Agriculture Department’s Special Supplemental Nutrition Program for Women, Infants and Children. Babies that receive that subsidized formula through the WIC program are less likely to ever breastfeed than those who don’t.

In addition, the U.S. government has fought for decades against restrictions on overseas formula marketing. When the World Health Organization adopted a non-binding code of conduct to limit formula promotion in 1981, the United States cast the lone vote against it.

This year’s shortage has cast a harsh new spotlight on the formula industry, though. The Federal Trade Commission has launched an inquiry into how a handful of companies came to dominate the market. And Agriculture Secretary Tom Vilsack, who oversees the WIC program, acknowledged the need for a more robust supply chain.

“The challenge for those of us in government is to figure out ways we can learn from this experience,” Vilsack told reporters last week, as he greeted an Air Force C-17 carrying 78,000 pounds of formula rushed in from Switzerland.

“We’re not as resilient as we should be,” he added.

“The breast is the shortest supply chain,” says Kadee Russ, an economist at the University of California, Davis.

Russ is quick to acknowledge that not every parent can breastfeed, or wants to. But while 84% of new mothers start breastfeeding, six in ten stop earlier than they’d like. Russ points to a variety of factors, including too little training from health care providers, too few pumping options at work, and too little paid family leave.

“It’s a little bit demoralizing when you have a baby and you’re talking to your friends in these other countries and they’re going to have a year of leave to nurse their children and you don’t,” Russ says. “It’s not easy to breastfeed. Mothers need support. It’s not an easy process. It’s work.”

But Russ notes that building the economic case for breastfeeding requires a more inclusive kind of accounting.

“If you buy formula, that goes into GDP as a transaction,” she says. “Breastfeeding isn’t [included]. And in fact, what may show up in national economic statistics is that you may be working less.”

Russ says it’s short-sighted to count the economic cost of expanding paid leave, for example, without considering the offsetting benefits of increased access to breastfeeding.

“I think that it’s important to understand that breast milk is part of food systems,” Russ says. “It is a supply chain in itself.”

Boosting breastfeeding rates won’t solve the immediate formula shortage. But the memory of empty store shelves may prompt some families to take a second look at formula’s original competition. 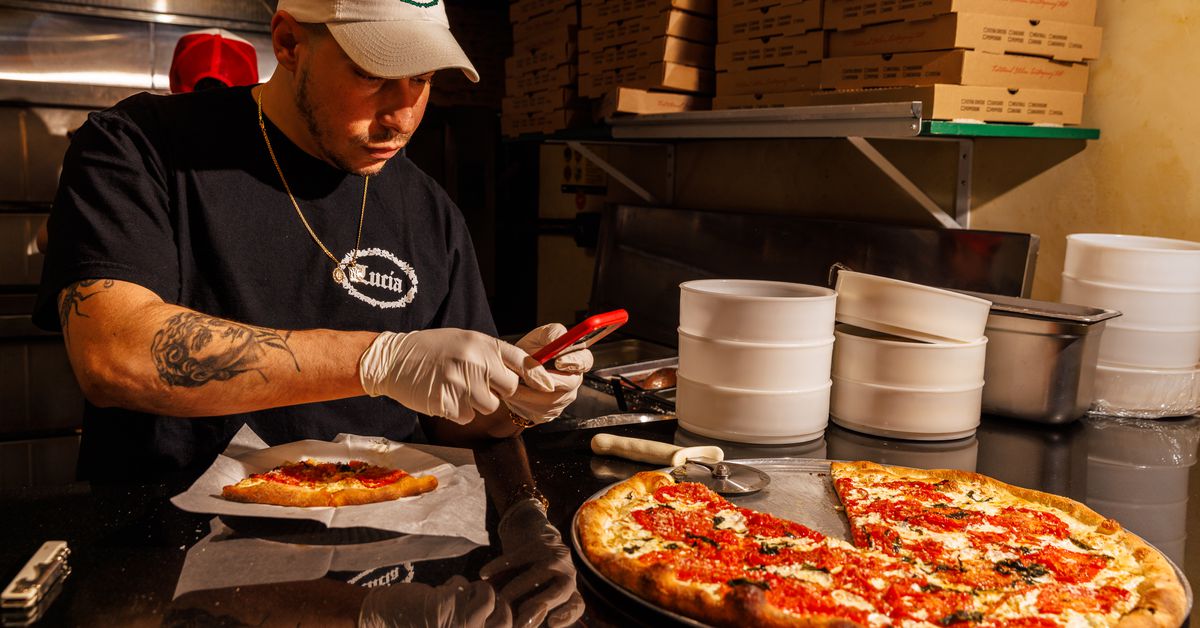