Food Marketing
Maggie Ackerson
May 3, 2022
Exposure to food advertising appears to increase consumption of those advertised brands among children, a new study suggests. Photo by mojzagrebinfo/Pixabay

May 2 (UPI) — Exposure to food and beverage marketing and advertising boosts consumption of these products appreciably among children and adolescents, an analysis published Monday found.

Seeing marketing campaigns for food and beverage products boosts intake of these brands among people age 19 years and younger by up to 25%, the analysis of data from 80 previously published studies showed.

In addition, young people exposed to these campaigns were up to 30% more likely to indicate a preference for the promoted food and beverage brands, the researchers said in an article published Monday by JAMA Pediatrics.

Several studies included in the analysis also suggest that exposure to food and beverage marketing increased purchase requests for certain brands among children and adolescents, they said.

In this study, food marketing exposure was associated with increases in children’s food intake, choice of and preference toward test items and purchase requests,” researchers from the University of Liverpool in England wrote.

However, “there was little evidence to support associations with food purchasing by or on behalf of children, while data relating to dental health and body weight outcomes were scarce,” they said.

The findings are based on an analysis of data from 80 studies that collectively enrolled more than 19,000 people age 19 years and younger in dozens of countries globally, according to the researchers.

In the United States, the Children’s Food and Beverage Advertising Initiative, a voluntary program enacted in 2006, establishes standards for food and beverage product advertising and marketing to children.

However, a recent report by the Rudd Center for Food Policy and Health at the University of Connecticut found that more than one-third of food products advertised to kids are not considered healthy dietary options.

In addition, recent research suggests that social media influencers are promoting unhealthy food choices to young people online and that fast-food companies target Black and Hispanic youth with their advertising.

The World Health Organization recommends that all member countries, including the United States, enact policies to restrict children’s exposure to unhealthy food marketing.

“Children and adolescents are particularly vulnerable to the effects of food marketing given their immature cognitive and emotional development, peer-group influence and high exposure,” they said. 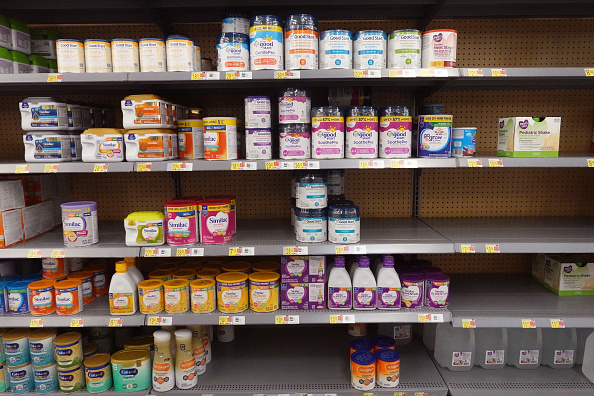