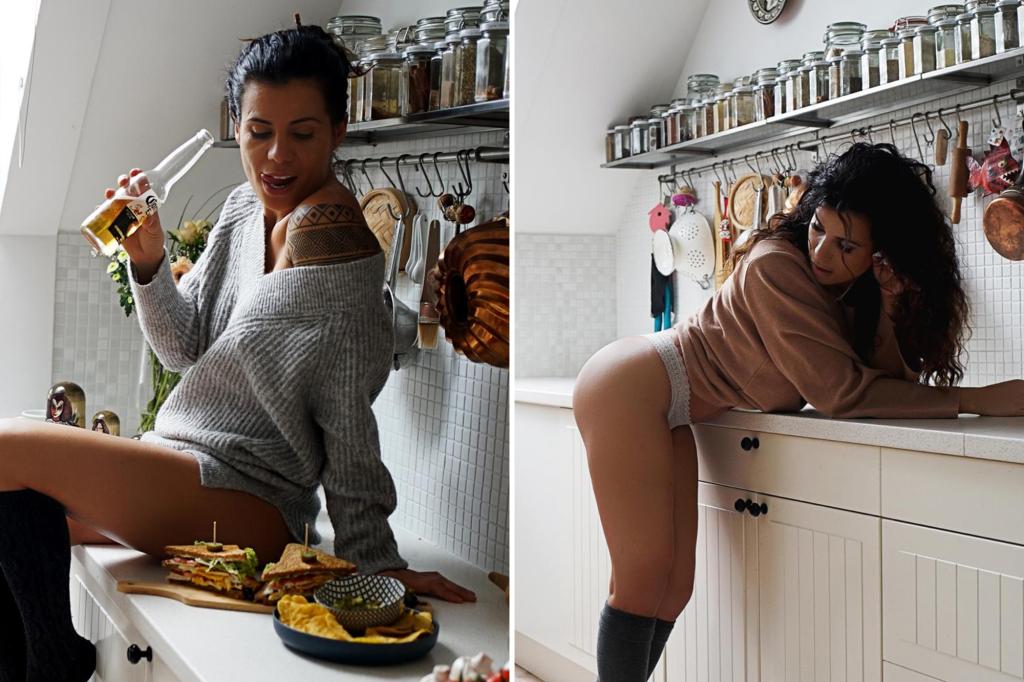 A Brazilian chef says her income has doubled since she started sharing kinky cooking content on OnlyFans.

Candida Batista, 40, told Daily Star that she’s now fielding raunchy requests from fans asking her to strip down in the kitchen.

“The dream of most of my fans is for me to cook a meal in a sexy way,” Batista, a personal chef who recently appeared on “Hell’s Kitchen Portugal,” said.

The brunette cook has also appeared in the pages of Playboy Greece and boasts more than 44,000 followers on Instagram, where she shows off both her curves and her culinary skills.

Batista believes sex and cooking have much in common, declaring: “Eight hours of cooking is equal to eight hours of orgasms. When we cook, it is a pleasure that cannot be explained.”

Batista did not disclose exactly how much she makes from her OnlyFans each month but said she had raked in more than $100,000 since the beginning of the COVID pandemic.

Sadly for her fans, Batista is off the market, and she frequently invites her husband into the kitchen.

“My husband [recently] helped me prepare an eggnog, a dish known for its aphrodisiac properties,” the star cooed. “I chose [to wear] lacy lingerie and the result was hot.”

Batista now lives in Vienna, Austria, but always makes sure to pay tribute to her home country by including at least one Brazilian ingredient in her dishes.

And while some may find the kitchen an awkward place to be aroused, Batista says the smells and flavors always get her in the mood.

“It [cooking] stirs the senses, making the moment even more pleasurable,” she stated.

Meanwhile, back in 2020, the stunner told Jam Press that she often decides to abstain from wearing clothing in the kitchen.

“Cooking is good and even better if you don’t have a lot of clothes,” she declared. “It is an experience that makes us sharpen our senses and cook better.”