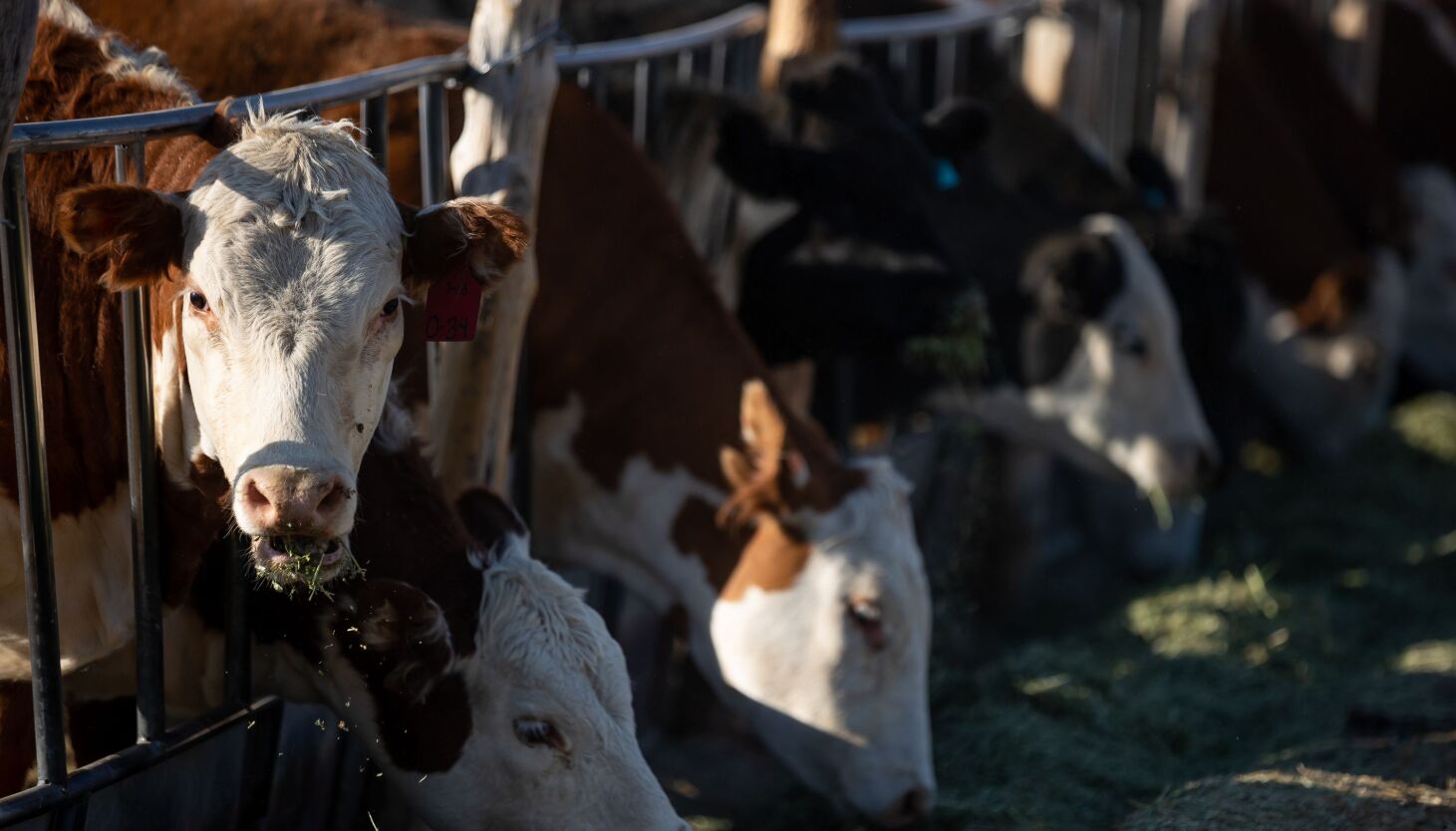 Meatpackers in Utah will compete for a cut of the $1 billion tranche of federal money being made available to small and midsize processors in an attempt to increase competition, fairness and resiliency in the notoriously concentrated meat market.

Utah’s agriculture experts say the money is urgently needed to bolster the state’s food system, whose overdependence on out-of-state processors has put local consumers at risk.

“When COVID hit we became aware of how fragile and important our food supply chain is. Food security in Utah depends on access to small and medium size meat plants,” said Linda Gilmore, director of marketing and economic development at the Utah Department of Food and Agriculture (UDAF). “Fruits and vegetables are seasonal, but meat is available all year long. So in a high mountain desert having that meat through the winter is very important. We need to start processing more of our food internally.”

Yet even as the iron is hot for processors, many of the state’s small meatpacking outfits may lack the appetite to expand — deterred by paperwork, labor challenges and an already hefty workload from the industry shakeups that sent stampedes of new business their way.

Brett Behling, executive director of Farmers Feeding Utah, Inc., a subsidiary of the Utah Farm Bureau, worries many of the state’s independent processors will miss the opportunity, as most are mom-and-pop owners in the autumn of their careers and up to their ears in work.

“A lot of these guys have been doing it the same way their whole careers. After 30 and 40 years they don’t want to take on more debt or more pain in the butt to go through the rigorous process of writing grants and following through with grants.” Behling said.

“And why would they if they already have more work than they want to do? They don’t see the need to make the extra effort because they’re booked out the next 18 months. It’s going to be a really uphill battle to get a lot of those guys qualified.”

The Biden-Harris plan comes at a decisive moment for an industry facing pressure to reform in the wake of major supply chain disruptions and dramatic price increases. Scrutiny of the meat market has increased in response to its growing domination by a mere handful of mega-packers, who’ve undercut consumers, squeezed out small ag businesses and hurt food supply resiliency, according to the Office of the White House.

“When dominant middlemen control so much of the supply chain, they can increase their own profits at the expense of both farmers — who make less — and consumers — who pay more,” according to the White House press release.

Meat and poultry prices have become the single largest contributor to the rising cost of food, according to economists from the Office of the White House. The price jumps have revived antitrust efforts in an industry where only four companies control 85% of the beef market, including the world’s largest meatpacker by profits, JBS, which operates a facility in Hyrum, Utah.

Utah’s Attorney General Sean Reyes joined with other state attorneys general in requesting federal action and support for the enforcement of antitrust law against meatpacking industries.

Meanwhile, as litigators tackle issues at the top of the food chain, federal leaders are sending reinforcements to prop up the little guys.

Farmers Feeding Utah currently leases and operates a processing plant in West Haven, in Weber County. The facility processes livestock raised in Utah, with a majority of business in beef. However, the plant lacks the capacity to process fully in house; therefore they contract with facilities in Idaho to kill and debone cattle before hauling it back to West Haven for additional processing and packaging.

Behling is hopeful that with federal grant money the West Haven plant can increase capacity and retain more of the processing chain — and profits — in Utah. He is currently finishing up an application for a USDA expansion grant.

The financial incentive to keep processing in state is on stark display in the cattle industry, which accounts for roughly 78% of Utah’s cash receipts for meat animals, according to a 2020 UDAF report, the most recent and comprehensive study of the state’s beef industry.

The report explains that because the majority of calves are taken out of state to be finished and processed, Utah loses a big chunk of the final product profit.

For example, steers are normally sold in Utah at approximately 550 pounds at a market price of $1.55 per pound, which translates to around $853 per head. The wholesale value of the meat was $2,275 per head, and the retail value of the meat would be $2,844, which is over three times higher than the value of the steer calf, according to the USFD report.

“Beef is our top ag product. But we send most of it out of the state, let somebody else add value to it, and then we buy it back,” said Gilmore, of UDAF. “This grant is a big economic opportunity for both our processors and our state.”

Although even if local packers decide to pursue expansion funding, a major hurdle remains as the greatest challenge to cultivating a viable processing sector may boil down to labor.

“Labor is a major crisis. It is a humongous concern. Not everybody will do this work because it’s not really a glamorous job,” said Behling. “You’ve got the sounds and smells and the environment. And it’s so physically demanding, people won’t say, ‘I would love to do this for 30 years.’”

The difficulty has increased alongside a tightening labor market and historically low unemployment, which has favored laborers now empowered to be selective about employment.

This is one of the reasons processors look to other countries to fill positions, relying on the H-2A temporary agricultural program which allows agricultural employers facing worker shortages to bring foreign workers to the U.S. on a temporary or seasonal basis.

Although bringing in foreign workers comes with its own set of risks, including language barriers, the costs of transportation and housing, along with the growing likelihood of losing sponsored workers to other industries.

“If a construction company or manufacturing company or any of the other competing industries want them, they’ll offer a couple bucks an hour more and those workers are just gone, then you’re left holding the bag,” said Behling.

In addition to the difficulty of finding workers, small processors are hesitant to pursue expansion due to a paperwork-intensive application process that often requires outside assistance, according to Behling, who has hired consultants to help him prepare his grant application but is uncertain that smaller packers will make the same expense.

“If you want meat processors to take full advantage and expand, take their business up to a next level — then they’re really going to need some assistance. Because they’re really good at cutting meat, but they’re not good at paperwork and writing grants and doing environmental studies and everything else that goes into it,” said Behling.

Small processors must also contend with local zoning ordinance, whose navigation promises to become more complicated with expansion due to the fact that many are allowed to continue current operations only from being grandfathered in.

The aggregate of these administrative requirements, Behling worries, may be enough to dissuade small packers from pursuing expansion grants.

Yet Linda Gilmore, of UDAF, is hopeful, and says there have been 40 independent processors expressing interest in pursuing grants.

Utah’s agriculture leaders hope the expansion grants are the first step in a larger overhaul of the state’s food system, which will require multiple institutions working cooperatively to design an ecosystem to promote food security in the state.

“It’s not just about building plants. It’s about building the infrastructure so that plants can thrive. Sewer resources. Three-phase powers. The right roads and road access. And we need to figure out how to make it work with current zoning. A lot of people love agriculture until you want to build a facility close to them and they say, ‘That’s wonderful, but not my backyard,’” said Behling

“We need a long-term strategy, and it will probably take decades. It’s tough because you have to resolve these issues simultaneously — workforce training programs, infrastructure — it’s kind of a chicken and egg.”

Correction: In an earlier version Brett Behling was identified as a co-owner of processing plant in West Haven. Behling is the executive director of Farmers Feeding Utah, Inc., which leases the West Haven processing facility from the Utah Farm Bureau Federation. 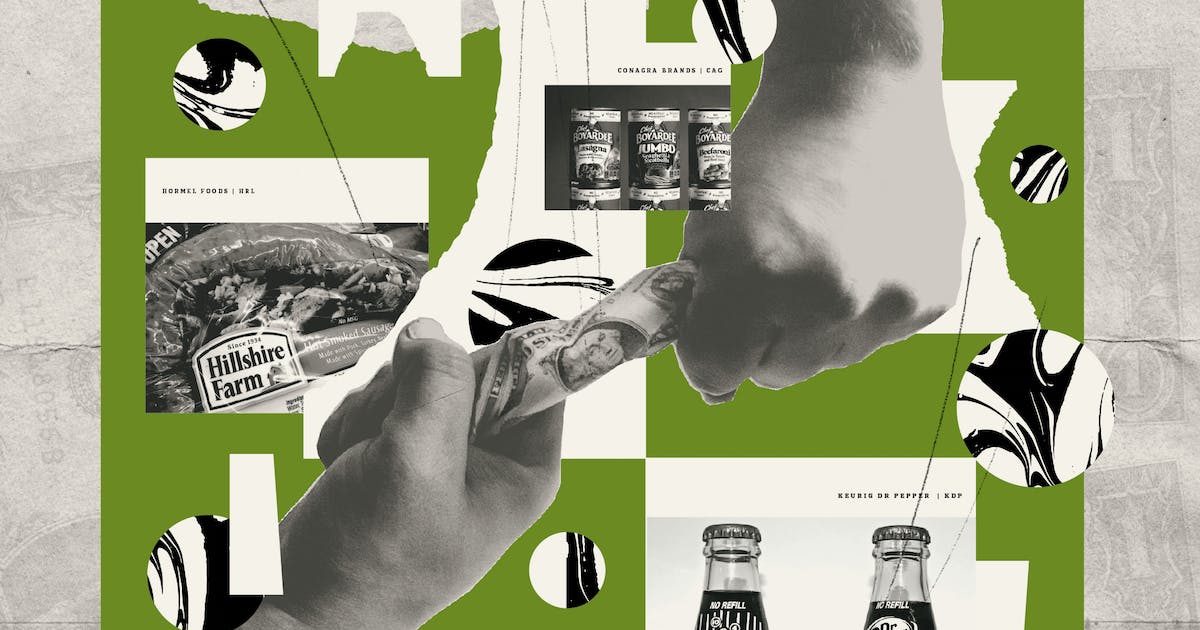