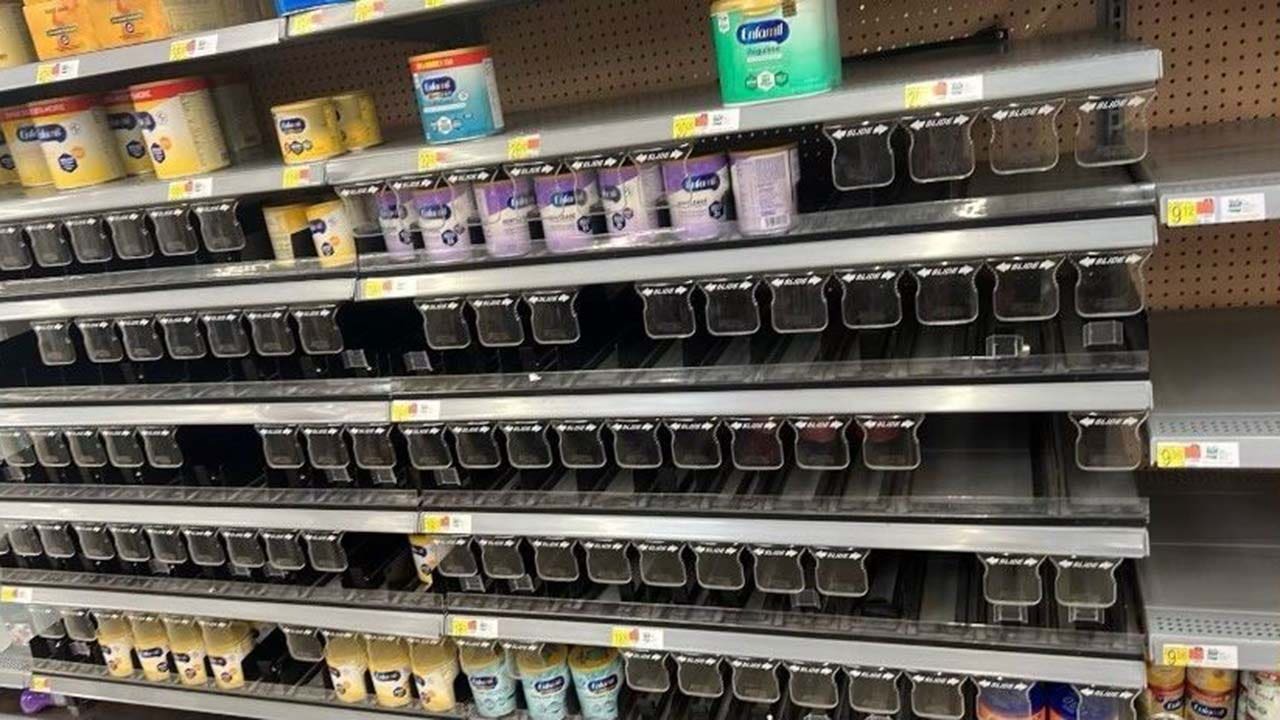 Sharon Miller, president of Small Business and head of Specialty Banking and Lending at Bank of America, weighs in on the bank’s small business owner report and discusses how entrepreneurs are navigating the challenges.

Parents of infants across the U.S. are taking to social media pleading for media coverage and political action while posting pictures of empty stores shelves, as the country’s baby formula shortage continues to get worse.

“If the [mainstream media] can talk about the toilet paper shortage ever (sic) hour, they should be talking about the baby formula shortage at least,” one new mom tweeted last week. “We ended [up] finding the Amazon brand online but not everyone is so lucky to be able to feed that. Please share. This is every store!”

The problem has gone beyond finding particular formulas that individual babies can tolerate. Several parents expressed trouble finding formula at all, and delivery is no longer reliable.

Fox News Digital spoke to a Michigan mom with young kids who said her last usual Amazon order for formula was delayed and ultimately canceled on Thursday, so she quickly went out and was frustrated to discover there was no formula to be found in at least four major stores in her area.

The New York mother of a newborn told FOX Business her infant lost a lot of weight following birth, so she and her husband had to supplement the baby’s diet with formula because she could not produce enough breast milk to keep up.

“When we ran to the local Target one day to get some [formula] just days after she was born, the shelves were completely empty,” the new mom said. “My heart literally sank.”

“Luckily she doesn’t need any special formula and I was able to order online, but not everyone has been as lucky,” she explained. “Our neighbor said her family member can’t find the sensitive type of formula for their newborn who has stomach issues anywhere. They’re in a panic daily not knowing if they’ll be able to feed their newborn tomorrow or the day after; my heart breaks for those parents.”

IS YOUR BABY FORMULA MAKING YOUR INFANT SICK? SIGNS TO WATCH FOR

“The baby formula shortage is unreal!” GET THESE BABIES SOME FOOD!” another mom tweeted, adding that “it’s a crisis all over.”

One Georgia mom tagged Gov. Brian Kemp in a tweet pleading, “At what point are we going to start talking about the baby formula shortage? I shouldn’t have to cry & wonder how I’m going to feed my 4 month old!” Others blamed the Biden administration, with some calling for the White House to address the issue.

The baby formula shortage began with ongoing supply chain issues but has escalated in recent weeks due to recalls by formula manufacturer Abbott Laboratories following the deaths of four infants who consumed formula made at the company’s plant in Sturgis, Mich.

The shortages caused major retailers including Target, Walmart, Walgreens and CVS to place limits on how much customers can purchase at one time.

GET FOX BUSINESS ON THE GO BY CLICKING HERE

FOX 29 reported that analysis from retail data firm Datasembly shows that 40-50% of major formula brands were sold out last week in 26 states. The states hit hardest were Iowa, Missouri, South Dakota, Tennessee and Texas, where the highest out-of-stock rate in the nation is in San Antonio at 56%.