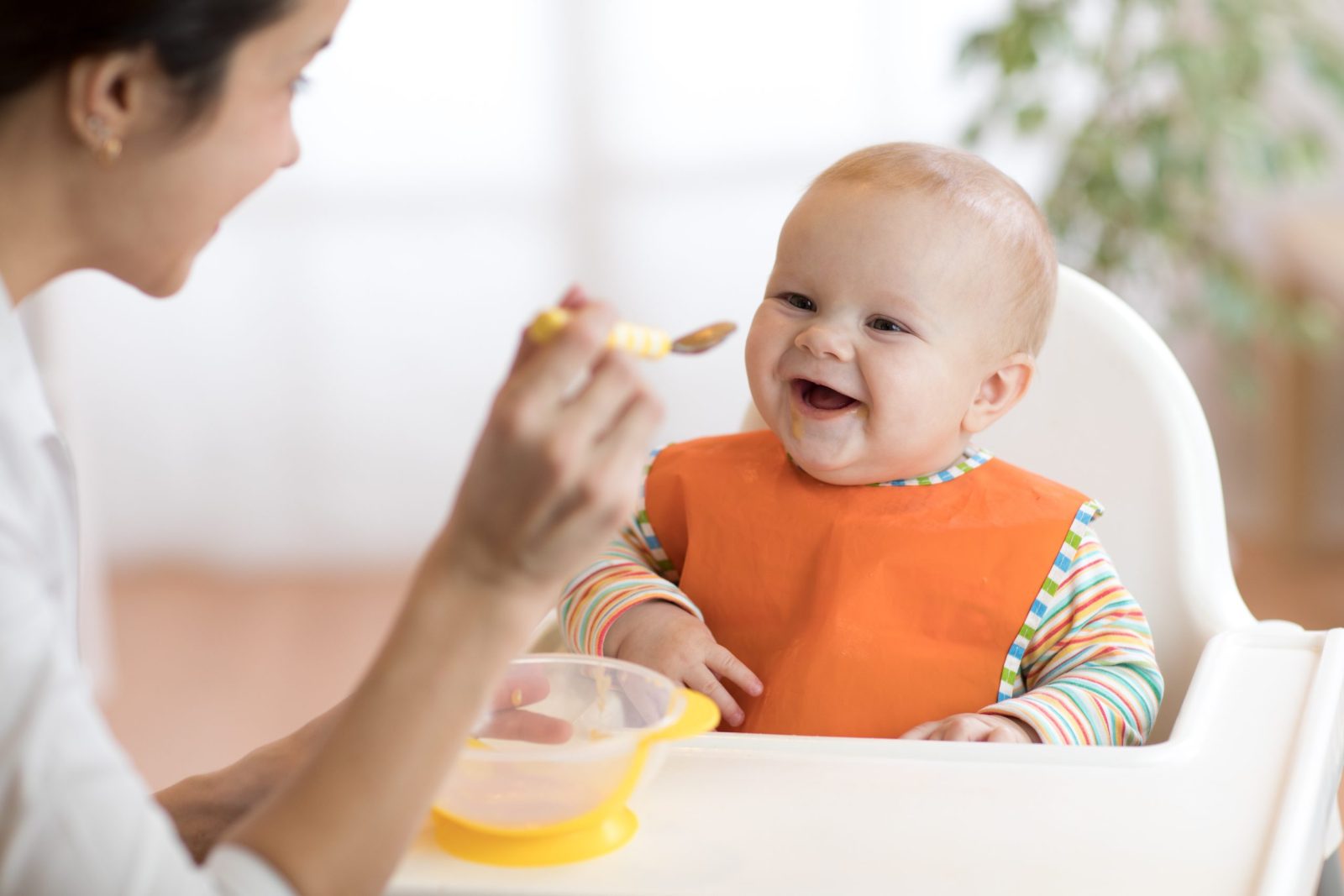 For the past two decades, childhood immunization has been associated with a high risk of autism, a neurological disorder affecting young children. Some of the hallmarks of autism include behavioral disturbances, abnormal body posturing, monotonous speech, delay in learning to speak, and inappropriate social interaction. However, no medical study has found a link between vaccines and autism to this day.

A tremendous higher risk of autism poses the presence of arsenic, cadmium, lead, and mercury in commercial baby food. Since 2019, multiple studies have revealed that, because of lack of regulations, baby food companies place financial profit over children’s health and cut corners by skipping testing for these heavy metals, as having a sample of food tested costs between $50 and $100.

Therefore, many baby food manufacturers have leverage in this respect and allow infant and toddler products with dangerous concentrations of heavy metals to go on the market. The most recent investigation results exposed four of the most popular baby food companies in America were made public in the winter of 2021.

Findings of the Congressional Report: Shocking and Unexpected

Led by Congressman Raja Krishnamoorthi, the in-depth investigation concerning the presence of arsenic, cadmium, lead, and mercury in baby food was prompted by the 2019 study of the non-profit organization Happy Babies Bright Futures. Known as “What’s in My Baby Food?” the study found that 95 percent of the infant and toddler food on the shelves contained at least one heavy metal, often in excessive concentrations.

Being publicly-funded gives us a greater chance to continue providing you with high-quality content.Click here to Support Us

What the congressional investigation discovered is beyond appalling. Initially, the Subcommittee on Economic and Consumer Policy asked seven major baby food companies to participate in the investigation. Still, only four agreed – Beech-Nut Nutrition Company, Gerber, Hain Celestial Group, and Nurture. The manufacturers that refused to share their internal practices and heavy metals test results are Walmart, Sprout Organic Foods, and Campbell.

To fully comprehend how serious the issue of toxic metals in baby food is, let us take a look at the safe limits most health agencies concur are ideal for the four heavy metals of concern in these products, namely 10 ppb (parts per billion) arsenic, five ppb cadmium, five ppb lead, and two ppb mercury. Now, let us take a look at some of the most unsettling findings of the congressional report concerning the ingredients used by the four baby food companies.

The Misunderstood Relationship between Autism and Childhood Vaccines

As you can see, the concentration of heavy metals in most baby food on the market is incomparably greater than the 0.001% to 0.01% concentration of thimerosal in multidose vials of vaccines for children. Nonetheless, if you still have doubts about this mysterious ingredient, the following facts might change your mind. Firstly, the role of thimerosal in multidose vials of vaccine is to clear a broad spectrum of pathogens that could infiltrate the content of the vaccine itself, which would pose a health risk to the children that would receive it.

One of the numerous studies led by the Centers for Disease Control and Prevention also shows that childhood immunization is not responsible for autism. The researchers examined the number of antigens given during the child’s first two years of life. Antigens are substances that prompt the immune system to release antibodies that fight disease. The results demonstrated that the whole amount of antigens from vaccines received was the same in children with autism as in those without the disorder. Consequently, the presence of such a small concentration of thimerosal cannot be the culprit behind autism.

Furthermore, if we explore the source of thimerosal, we will also conclude that it is far less dangerous than most people believe. Mercury can be found in nature in two forms: methylmercury and ethylmercury. They are incomparably different from each other, as the latter is eliminated from the body more rapidly than methylmercury and is less likely to cause harm. Thimerosal belongs to the ethylmercury subtype of mercury, thus making it less dangerous.

Lastly, if you are still uneasy about the presence of thimerosal in vaccines, there is good news! The preservative was entirely removed or significantly reduced to trace amounts in childhood vaccines between 1999 and 2001. It is now present only in flu vaccines because they are packaged in multidose vials. Nonetheless, today, flu vaccines are available in both thimerosal-containing and thimerosal-free versions, so if you are a parent who is concerned about this preservative, you can choose the version without it.

A major contributing factor to the myths regarding the causal relationship between vaccines and autism is that the diagnosis of autism is generally made after receiving childhood immunizations. However, vaccinating your child is paramount, as lacking the protection of vaccination can cause severe damage to the child themselves and innocent bystanders who may be exposed to diseases that had already been “extinguished.” One of the incidents that should make you think is the 9,120 cases of whooping cough that took place in California in 2010, more than any year since the vaccine for this disease was officially approved in the 1940s.

A vaccine with 0.01 percent thimerosal has 50 micrograms of this preservative per 0.5 mL or 25 micrograms of mercury per 0.5 mL dose. This is roughly the same mercury level in a 3-ounce can of tuna fish. Therefore, you can see how insignificant the thimerosal concentration in the only vaccine that still contains it is compared to baby food. Children are considerably more susceptible to developing autism due to frequently ingesting baby food tainted with arsenic, cadmium, lead, and mercury. The level of heavy metals in commercial infant and toddler food is thousands of times higher than the thimerosal in vaccines.

Once inside the children’s body, heavy metals can cause neurotoxicity, which interferes with the usual activity of the nervous system, including the brain. It can eventually disrupt or even kill neurons, which are critical cells that process and transmit signals in the brain and other areas of the nervous system. Children are especially vulnerable to the negative health effects of heavy metal exposure because they have a greater rate of nutrient uptake by the gastrointestinal tract and undeveloped detoxification systems. Their nervous system and brain are still developing, and if neurotoxicity occurs, it can hinder their development to a great extent, resulting in autism.

Currently, 1 in 54 children born after 2008 in the United States will develop autism, with the average age of diagnosis being 5. From 2007 to 2012, the prevalence of the disorder rose from 1.16 to 2.00 percent. The concentration of heavy metals in baby food has increased over the past few decades, so this might be a significant part of why autism is on the rise. Some medical studies view autism as a form of lead toxicity, as this heavy metal is generally present in high amounts in the blood of children with the disorder. Over 500,000 children between the ages of 1 and 5 in America have blood concentrations of lead above the safe limit. The presence of lead in their bodies can result in perturbations at the cellular and molecular levels of the nervous system.

How to Reduce the Content of Heavy Metals Your Child Ingests

There are no regulations for toxic metals in baby food except for arsenic. It is only regulated in infant rice cereal, and the safe limit is too high – 100 ppb – according to most health agencies. However, the Food and Drug Administration has developed the Closer to Zero plan, whose ultimate goal is to regulate all four heavy metals of concern in baby food. Still, the strategy has received a lot of criticism for not entailing aggressive enough deadlines. Indeed, the Closer to Zero plan would be enforced entirely in 2024 or even later, which many people find outrageous, as infants and toddlers need clean, safe baby food.

In the meantime, you can take a series of easy, practical measures to substantially lower the content of toxic metals in the food you feed your baby, such as:

Can You Feed Your Baby a Vegan Diet?

After feeding your baby breastmilk or formula for their first six months of life, you can switch to giving your child exclusively vegan food, as long as you consult with a specialist who will help you develop a healthy and suitable meal plan. Veganism for that young children can be tricky but not impossible. You can even feed your newborn infant formula with oat, soy, or almond milk approved by your pediatrician if you cannot breastfeed. Sometimes, vitamin B12, iron supplements, and vitamin D must be given to your child during the first year. Still, only a pediatrician can tell you with certainty what you should feed your baby and what you should avoid on a vegan diet.

There was a time when, if you told people you were raising your baby vegan, you would be met with raised eyebrows or even disgruntled comments. Today, with the increasing popularity of veganism, it is far more acceptable to bring up your child on a cruelty-free diet. And what matters the most is your child’s wellbeing, which only you know best how to ensure. For most diets, it is important to keep the three macronutrients in mind – protein, fat, and carbohydrates. But for vegan babies, the right amounts of protein and fat are especially critical, so discussing this with a pediatrician or nutritionist is of utmost importance.

Being publicly-funded gives us a greater chance to continue providing you with high-quality content.Click here to Support Us

For more Animal, Earth, Life, Vegan Food, Health, and Recipe content published daily, subscribe to the One Green Planet Newsletter! Lastly, being publicly funded gives us a greater chance to continue providing you with high-quality content. Please consider supporting us by donating!